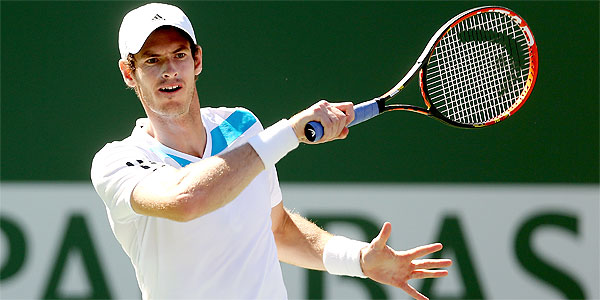 Andy Murray admitted that he won an “ugly match” after coming from behind to defeat world number 77 Jiri Vesely to progress to the fourth round of the BNP Paribas Open in Indian Wells.

The British number one, who has slipped down to six in the world rankings after taking time out to undergo back surgery in September last year, felt his peak form was returning having recently reached the semi-finals of the Mexican Open in Acapulco.

However the Scot’s serve was broken six times by his 20-year-old Czech opponent in their first ever meeting on the court, before Murray battled on to claim a 6-7 6-4 6-4 victory.

Murray, who will play 10th seed Milos Raonic in the next round, said: “The quality of tennis was not great, both of us struggled with leads in the match – I was up two breaks in the first set and he was a break up at various times in the next two but couldn’t quite close it out.

“It was a pretty ugly match to be involved in to be honest, there was no rhythm and neither of us played well at the same time.

“Thankfully I managed to dig it out in the end. He’s a tricky player and I’d never played against him before. He understands the angles well and serves big, so it’s tough.”

He added: “The best way of building confidence really is by winning matches when you aren’t playing well.”

Four-time winner Roger Federer was made to work hard in his 7-6 (9-7) 7-6 (7-2) victory against Russian Dmitry Tursunov, while his fellow Swiss and Australian Open winner Stanislas Wawrinka eased past Italy’s Andreas Seppi 6-0 6-2.