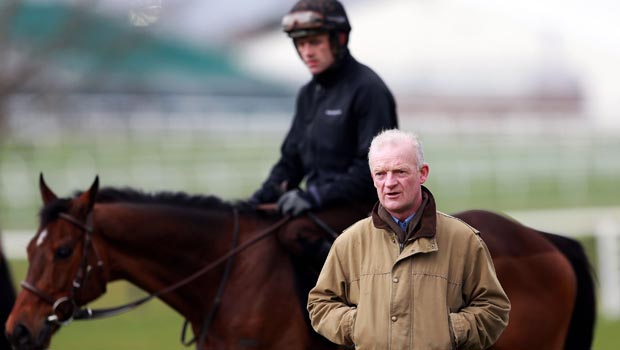 Trainer Willie Mullins has every reason to believe that his star hurdler Hurricane Fly can become just the sixth horse to win a third Champion Hurdle on Tuesday.

With a world record 19 Grade One victories already, Hurricane Fly is undoubtedly a class act, and his second Champion Hurdle success 12 months ago, when he stormed up the hill to become the first horse since Comedy Of Errors to regain the crown, is still fresh in the memory.

He faces a stern test on Tuesday, not least from The New One and last season’s Triumph Hurdle hero Our Conor, but Mullins believes that his charge will be up to the task.

He said: “His preparation has gone well and he has travelled over well. He’s been out this morning and we’re very happy with him.

“He looks very good and appears in good form. It is a very hot race, as a Champion Hurdle should be, but we are just focusing on our own horse and we are very happy with where we are with him.

“The track looks very good and I haven’t any concerns about the ground.”

“If I hadn’t followed the pace last year I’d have arrived turning in hard on the bridle and he’d have blown everybody away,” he said.

“But he still managed to win. I don’t think I’ve done things right on him at Cheltenham. The day I get it right, he’ll show England what he’s shown Ireland.”

A terrific race is in prospect, with the tape set to go up at 3.20pm UK time.