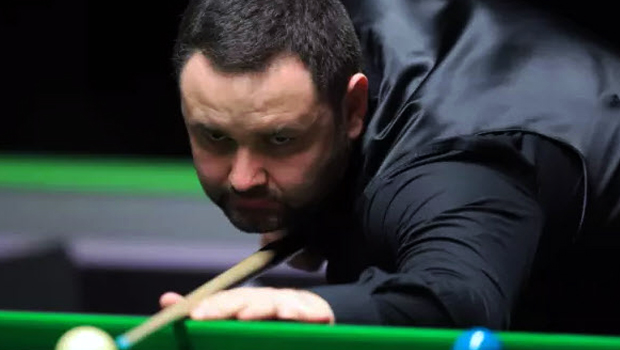 Stephen Maguire admits it would almost feel “too special” should he manage to raise the Dafabet Scottish Open trophy on Sunday evening in Glasgow.

Maguire remains on course for glory in his hometown after he booked his quarter-final berth on Thursday, coming through clashes with Chinese teenagers Yan Bingtao and Xu Si 4-3 and 4-1 respectively.

That sets Maguire on target for a showdown with Judd Trump in the last eight and he is under no illusions that things will now become tougher.

“It gets harder now. Everyone has a chance once you get to the quarter-finals,” said Maguire.

“It would almost be too special to win the Scottish Open. I’m not going to get my hopes up too much.”

Maguire can have reason to feel good about his game after he reached the semi-finals last weekend at the UK Championship in York, going down in a decent battle with eventual winner Ronnie O’Sullivan.

The five-time ranking winner, who hasn’t got his hands on silverware since 2013, will be sure of strong Scottish support when he stares down Trump on Friday.

Trump, with eight ranking titles on his CV already, battled past Elliot Slessor 4-3 to make the last eight.

Maguire is 2.75 to win his battle with Trump who is 1.40 to come through. The marquee clash of the quarter-finals sees another Scot, John Higgins, taking on O’Sullivan.

The ‘Rocket’ has been in blistering form lately and while he enjoys the bulk of support anywhere he plays, the Englishman isn’t anticipating that in Glasgow.

“The Scottish have a great snooker knowledge. They love their own players, but they appreciate the other guys.

John will have the bulk of the support, but that will make it a great occasion,” O’Sullivan said.

O’Sullivan is 1.62 to defeat Higgins, with the ‘Wizard of Wishaw’ priced at 2.30 to win the best-of-nine tussle.