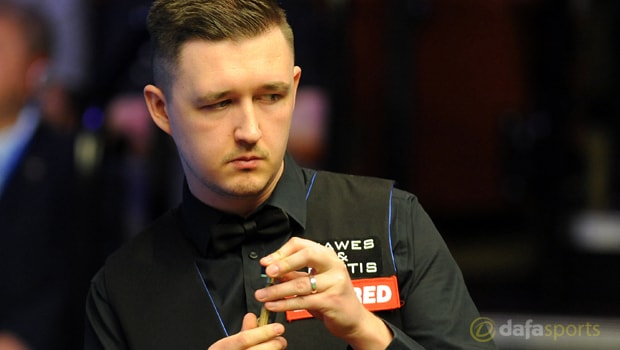 Kyren Wilson says he is yet to hit top form in the 2018 World Championship and he is feeling confident of progressing further in the season-ending event at the Crucible.

Wilson, whose only ranking title so far came at the 2015 Shanghai Masters, has become public enemy number one over in Wales, having knocked out both Matthew Stevens and Jamie Jones in Sheffield.

The Englishman eased through his first-round encounter, beating ‘The Welsh Dragon’ 10-3, before producing another impressive performance to dispatch ‘The Welsh Warrior’ 13-5 in round two.

He has made 13 breaks over 50 over the course of his two matches, including two centuries, and the 26-year-old, who is 11.00 to win the tournament outright, appears to be in good shape.

Next up for Wilson is a quarter-final clash against Allen, who defeated Joe Perry 13-8, and this will be a re-run of the 2018 Dafabet Masters final, which was won by the Northern Irishman.

However, England’s rising star, who is number nine in the world, does have the better head-to-head record, having won six of their 11 meetings including the last encounter at the 2018 Romanian Masters.

Wilson is looking forward to upcoming match and he has warned the best is still to come from him at this year’s event.

“Yes, very confident,” he said in an interview with www.worldsnooker.com.

“I feel like I’m slowly building. I haven’t produced my best form so far this week.

“I think in the past I’ve peaked very early and dwindled away a little bit so, I think it’s very exciting, on my behalf, that I’m starting to slowly reach up the gears.

“He’s (Allen) a fantastic player, we always have great matches and this is one that I will certainly enjoy.”