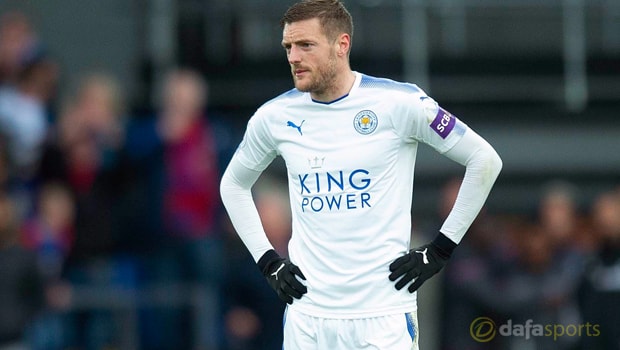 Jamie Vardy has ripped into Leicester City’s performance in Saturday’s 5-0 loss to Crystal Palace, labelling the display as “shambolic” and unacceptable.

Leicester, whose hopes of Europa League football are now over, made the trip to Selhurst Park looking to end a three-game winless run in the Premier League.

However, the Foxes produced arguably their worst performance of the season so far as they were swept aside by Palace, who racked up five goals to almost guarantee their top-flight status for the next campaign.

Wilfried Zaha, James McArthur, Ruben Loftus-Cheek, Patrick van Aanholt and Christian Benteke all found the back of the net for the Eagles, leaving the club six points clear of the relegation zone with two games remaining.

The manner of Leicester’s defeat has left doubts over the future of manager Claude Puel and there are reports suggesting the club’s hierarchy are contemplating a chance in the dugout for next season.

England international Vardy, who is expected to be part of Gareth Southgate’s World Cup squad this summer, publically apologised to the supporters on social media for the loss.

“It wasn’t and isn’t acceptable for us to lose in that way EVER! Thank you to all the travelling fans who supported us. You deserved better.”

Leicester will be aiming to bounce back to winning ways on Saturday when they welcome relegation-threatened West Ham to King Power Stadium and the hosts are narrow 2.20 favourites to win, a draw is priced at 3.30 whilst the Hammers are a 3.25 chance.