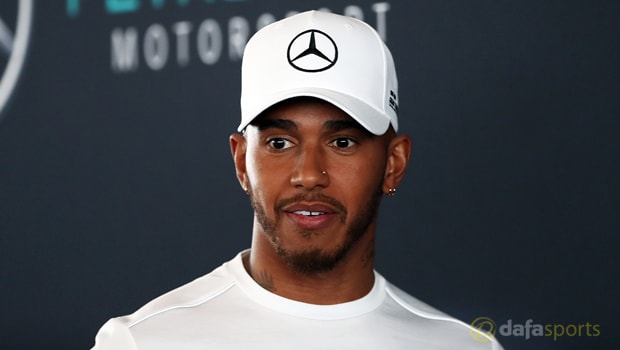 Mercedes ace Lewis Hamilton says he feels lucky to have come out on top in Sunday’s Azerbaijan Grand Prix after admitting it was an “untidy race” from him.

Hamilton, who started second on the grid behind Ferrari’s Sebastian Vettel, can count himself lucky to have ended up top on the podium after what was an incident-packed race in Baku.

The safety car was deployed on numerous occasions due to several crashes, allowing the field to tighten up, whilst the second Mercedes of Valtteri Bottas cruelly suffered a puncture with three laps remaining when leading.

Managing to fight his way through the melee, defending world champion Hamilton got to the front and managed to hold on for a surprise victory, his first of the season.

That win has put the Briton, who is 2.10 to retain his crown this year, top of the Drivers’ Championship standings on 70 points, four ahead of Vettel, who ended up fourth in Baku.

Ferrari’s Kimi Raikkonen managed to take second in Azerbaijan, Force India’s Sergio Perez was third whilst Bottas, who looked like he would be winning until the puncture, was down in 14th.

Hamilton, who admitted his performance was scruffy, says he is relieved and fortunate to have come out on top.

He was quoted as saying by www.iol.co.za: “It was such a crazy race, such an exciting race…to come out with a win, I feel incredibly grateful.”

Next up is the Spanish Grand Prix and Hamilton will be aiming for his third victory in the race, having triumphed in 2014 and 2017.