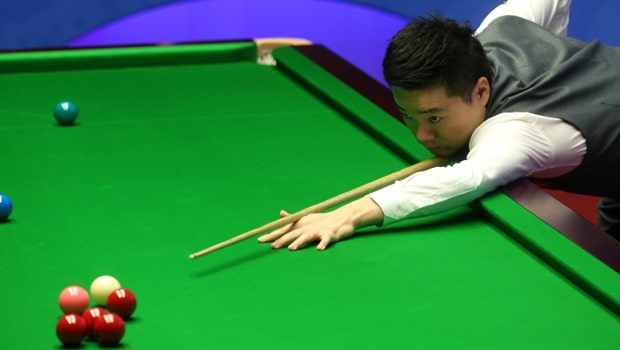 Ding Junhui put an end to the charge of home favourite James Wattana as he booked a spot in the semi-finals of the Sangsom Six Red World Championship in Bangkok.

Wattana, 48, had been one of the key stories of the tournament as he battled his way into the last eight to thrill the home crowds and roll back the years.

The former world number three looked at ease in front of his home crowd and scored group-stage victories over Shachar Ruberg and Mark King, while losing to Stuart Bingham, in finishing second in Group C.

He then knocked out former world champion Graeme Dott following a composed 6-3 win in the last-16 but Ding proved too strong.

He overcame Thailand’s three-time ranking event winner Wattana 6-2 to clinch his place in the semi-finals.

Chinese star Ding was Six Red World Champion in 2016 and he is now just two matches away from lifting the trophy once again.

Having lost the opening frame, Ding went on to take five of the next six to set up his progress to the final four. He top scored with a run of 61 in the short-game format.

Luca Brecel will face Ding in the last four after he defeated Tom Ford 6-3 in their quarter-final clash.

The Belgian, who claimed his maiden ranking title at last season’s China Championship, won four frames on the bounce from 3-2 down to burst over the line and knock off the man that ended world number one Mark Selby’s hopes in the last-16.