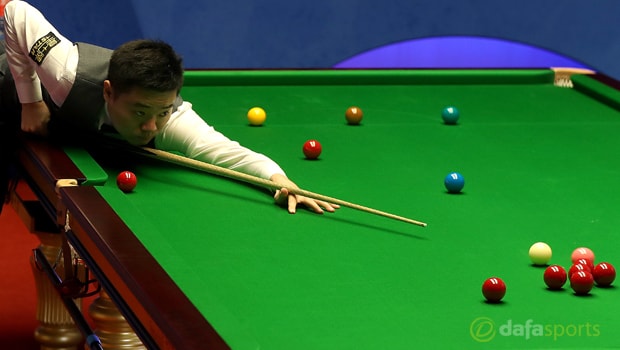 China’s Ding Junhui put down an early marker at the 2018 World Championship with a crushing 10-3 victory over compatriot Xiao Guodong in the first round of the tournament.

Ding, ranked third in the world, racked up a century in frame five and made another seven breaks over 50 to book his place in the last-16 stage of the season-ending event at the Crucible.

Xiao, who was making his third appearance in the tournament, took an early 2-0 lead thanks to breaks of 82 and 54 but he was blown away for the rest of the encounter.

Ding, who lost to Mark Selby in the 2016 final in Sheffield, finished the match with a pot rate of 93 percent and that win has sent a message to the rest of the players in the locker room.

The 31-year-old is 9.00 to win the World Championship, the same price as Scotland’s John Higgins, and the Chinese ace will take on either Anthony McGill or Ryan Day in the next round.

Elsewhere, world number six Barry Hawkins managed to books his place in the last 16 after securing a nervy 10-7 victory over Stuart Carrington.

The Englishman goes up against China’s Lu Haotian next after his impressive 10-5 win over Marco Fu and the 39-year-old is the firm 1.25 favourite to triumph whilst his Asian opponent is the 4.00 outsider.

Speaking after his win over Carrington, Hawkins was quoted as saying by BBC Sport: “I don’t care how I play as long as I win.

Plenty of people in the past have played really badly in the first couple of rounds and gone on to do really well and won it. “It was just about getting through that first game.”