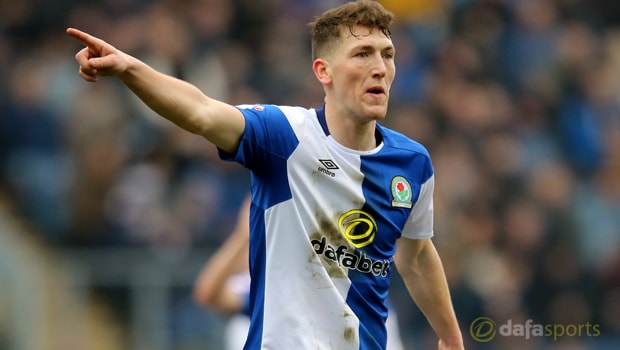 Blackburn Rovers midfielder Richie Smallwood has urged his team-mates to get the job done at Doncaster on Tuesday night and secure an instant return to the Championship.

Rovers are on the verge of gaining promotion back to England’s second tier at the first time of asking and three points at the Keepmoat Stadium would see the club go up.

Tony Mowbray’s men head into the clash in Yorkshire on a remarkable run of form, having suffered just one defeat from their last 32 League One matches, and those impressive results have helped the team climb to second, three points behind leaders Wigan Athletic.

Six-time FA Cup winners Blackburn, who are 8.00 to lift the league title this season, are also on a six-game unbeaten run away from home and have lost just one of their last 15 on the road.

English midfielder Smallwood, who has been an ever-present this term, is delighted with the solid work from the squad this year and has called for one last push to send his team over the line.

He was quoted as saying by the club’s official website: “We need two points from three games but we want to finish it by winning, and we want to do it at Doncaster. Doing it there would be ideal.

“Mentally, we were preparing for it to go the distance, we had a couple of draws before we beat Peterborough but luckily they did as well. We’re in a very good position now.”

Blackburn are firm 1.73 favourites to pick up all three points on Tuesday night, a draw is priced at 3.60 whilst the hosts, who are almost mathematically safe from relegation, are 4.75 outsiders to cause an upset.