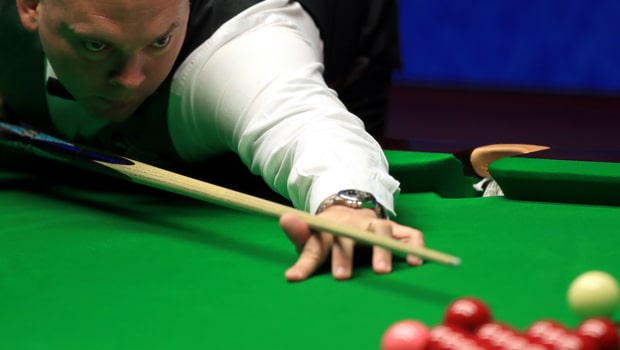 The K2 hosts four last-eight ties on Friday, with Bingham and Carter first to face the music, having come through contrasting last-16 tussles.

Bingham eased past an out-of-sorts Ricky Walden with a comprehensive 4-0 success.

The 2015 Crucible king notched breaks of 82 and 62 in winning frames one and four, though it was a steal in frame three – after Walden had notched a half-century contribution of his own – that arguably did most damage.

Carter meanwhile edged out Daniel Wells 4-3 to secure his place in the quarter-final line-up. Their match was, in truth, a scrappy affair despite Carter landing a 116 in the fourth frame.

Wells had three 50+ breaks in the remaining six frames, but a mixture of errors saw The Captain fly over the winning line in the decisive seventh frame.

Since their first clash 16 years ago, Carter has enjoyed a marginally better time of it in the head-to-head with Bingham, winning eight out of their 14 matches in total.

Bingham has triumphed the last three times the duo have crossed paths however, since winning a quarter-final at the Shanghai Masters two years ago in China.

Bingham, ranked six places above his opponent at 15th in the world, just about shades favouritism at 1.80, with Carter priced at 1.95 to take the win.

Later on Welshman Ryan Day will face Mark Davis, who continued his hoodoo over John Higgins on Thursday, beating the four-time world champion for the seventh time in their last eight meetings after winning the last three frames in a 4-2 success.

Day is favourite at 1.50 to come through Friday’s second quarter-final, with 45th-ranked Davis priced at 2.50 to claim another decent scalp.