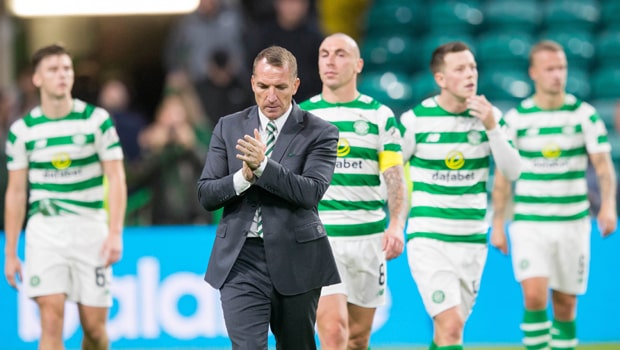 Former Celtic manager Davie Hay says it is important for the club to begin a crucial period by dismissing Hibernian at Parkhead on Saturday.

The Hoops fired a statement before the international break, routing St Johnstone 6-0 at McDiarmid Park, while Hibs took care of Hamilton on the same scoreline at Easter Road.

It means the Edinburgh side, under the steer of former Celtic manager Neil Lennon, arrive in Glasgow in second spot – a point and a place better off than Brendan Rodgers’ men.

With league leaders Hearts facing a tough test against Aberdeen on Saturday, a Celtic win could see them go top of the pile for the first time this season and Hay suggests getting to the summit is important for a squad that has misfired so far this season.

“This is a massive couple of weeks on the horizon for Celtic,” Hay told the Evening Times.

“It kicks against Hibs and although there are important games in the Europa League and the League Cup, for me the game at Celtic Park has enormous significance.

“Getting back to the top of the league is massive – and although that still is dependent on results elsewhere this weekend, I think these are the type of games where if you are going to win a title that you have to make a statement.”

With Rodgers having been linked with a number of jobs since the summer, there has even been speculation that Lennon might return to Celtic in the future.

According to Hay, such talk is both disrespectful and wide of the mark, given that Rodgers has insisted he is very happy in his position.

“I think it is inappropriate for anyone to talk at the minute of the possibility of Neil Lennon returning to the Celtic dugout any time soon,” he added.

“There has been a wee bit if chat around what would happen should Brendan leave the club but I just think it is way too premature for any talk like that.

“Rodgers has been linked with a couple of jobs of late but so far as we are aware he has repeatedly reiterated that he is at Celtic with a job to do.”