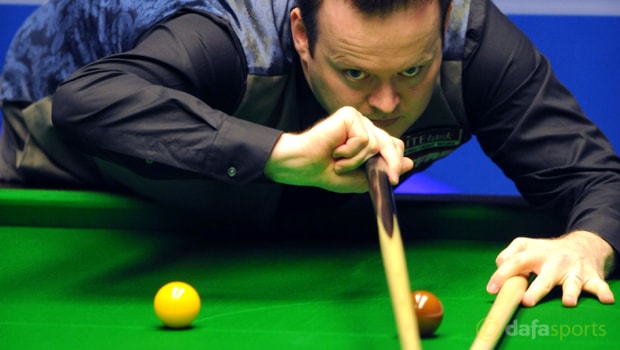 Shaun Murphy says his career will be judged on how many Major titles he picks up and he is hoping to add more to his collection before calling time on proceedings.

Murphy became the 10th and most recent player to complete the Triple Crown in 2015 when thrashing Australian Neil Robertson 10-2 in Masters final at Alexandra Palace.

The Englishman, who won the 2005 World Championship and the 2008 UK Championship, has failed to add to his Major titles since the Masters triumph and his form has been patchy over the past couple of years.

Only two more trophies have been added to the 34-year-old’s cabinet – the 2016 World Grand Prix and the 2017 Gibraltar Open – and he was disappointingly knocked out at the second round of the World Championship this year.

The world number eight is in slight danger of slipping behind the likes of Judd Trump, Mark Selby, John Higgins and Robertson, and he is clearly still looking to improve.

Murphy, who is about to start his 21st season as a professional, is hoping to rediscover his best form and make serious challenges for victory in snooker’s triangle of excellence.

He was quoted as saying by worldsnooker.com: “I will judge myself at the end of my career on how many majors I have won.

At the moment with three, I think I can do better. Obviously I will be giving 100 per cent every week, but with one eye on being sharp as a tack for the big three events.”

Murphy is 21.00, the same price as Barry Hawkins, to win the next World Championship, while world number one and defending champion, Selby, is the 4.50 favourite.

Trump is then next in line at 7.00, Ronnie O’Sullivan follows closely behind at 8.00 while Higgins, who is a four-time winner of the event, is a 13.00 chance.