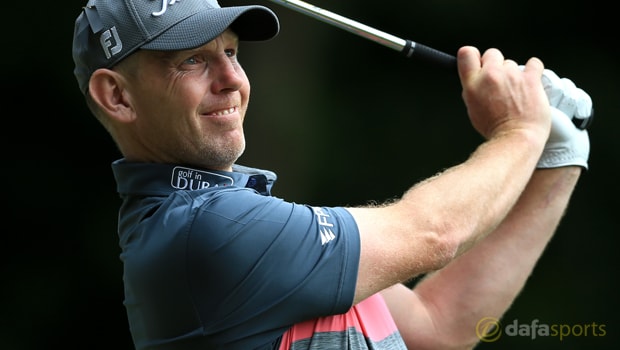 Stephen Gallacher is hoping his extensive knowledge of the Dundonald Links course will give him an advantage going into this week’s Aberdeen Asset Management Scottish Open.

Gallacher has been struggling for form over the past three years and his last European Tour victory came at the 2014 Omega Dubai Desert Classic – a trophy he lifted for the second time.

Since that triumph, the Scot has slipped to world number 329 after some dismal performances and he is has only recorded one top-10 finish in 2017, that coming in the United Arab Emirates.

The 42-year-old has missed the cut six times this year although he did show signs of life at the Dubai Duty Free Irish Open last time out, where he finished in a tie for 36th.

Gallacher now heads to the Scottish Open hoping to kick on and earn one of the few remaining places left for the Open Championship at Royal Birkdale, which starts on July 20.

The Dechmont-born star knows a lot about the Dundonald course and he aiming to use his past experiences to get a head start against the star-studded field.

“I used to be the touring pro at Loch Lomond (which owns the Ayrshire course), so came down here a lot in the winter,” Gallacher said.

“My in-laws also stayed in Troon, so I know this course pretty well and having come down a month or so back to reacquaint myself with the place.

“I’ll be ready to go after a couple of days practice. Having got a bit of confidence back in recent weeks, hopefully I can produce a good performance in front of the home crowds in this event.”

Gallacher is a big outside shot at 151.00 to win the Scottish Open, while American Rickie Fowler is the 9.00 favourite, just ahead of four-time Major winner Rory McIlroy at 11.00.