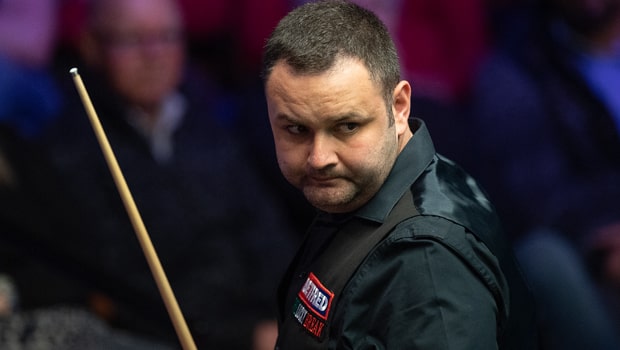 The Scot, 38, has twice before reached the one-table set-up inside snooker’s most fearsome auditorium but will need to raise his game to overcome Judd Trump.

Having already edged out China’s Tian Pengfei 10-9 in round one, Maguire was again involved in a final-frame shoot-out against qualifier James Cahill before booking his quarter-final spot.

Cahill, the man that caused a mammoth upset by turning over Ronnie O’Sullivan in round one, appeared to have Maguire on the ropes although the veteran somehow held himself together to win the deciding frame.

Trump, meanwhile, saw an early 5-1 advantage wiped out as he fell 9-7 down to Ding Junhui in round two. However, the reigning Dafabet Masters champion stormed through on Monday evening as he won all six frames to clinch victory 13-9.

This clash will complete the set of Triple Crown ties, having previously already played each other two times each in both the UK Championship and the Masters.

The overall head-to-head record is a close 10-8 in favour of Trump although Maguire did pass his last test when the pair faced off in this year’s German Masters.

Semi-finalist in 2007 and 2012, Maguire had lost five first-round clashes in six years prior to this latest Crucible bid. After edging out Cahill, he had a stark assessment of his own game.

“I’m not enjoying it. Two deciders and two matches I could have lost easily, but I’m still in it,” said Maguire.

“I’ll hold my hands up, I was gone out there, my cue action went to bits and I didn’t believe I could pot a ball in the end. Somehow I managed to muster up a decent last frame. I don’t know where that came from.