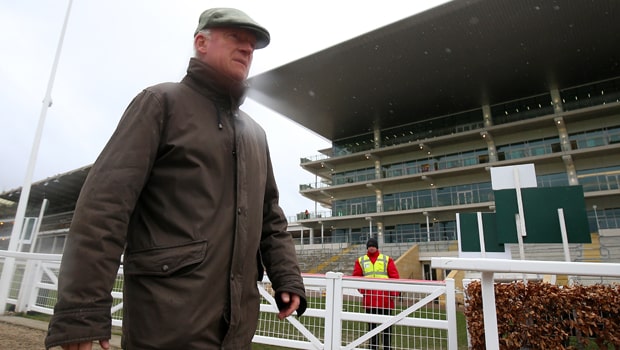 Willie Mullins expects his team to be fresh and ready ahead of the five-day Punchestown Festival getting underway on Tuesday.

Ireland’s champion trainer has already enjoyed a landmark season and will be aiming to top it off at a meeting where he routinely excels.

Since then, the Closutton supremo has enjoyed a one-two-three in the Irish Grand National at Fairyhouse and now he’s taking dead aim at Punchestown.

Last season Mullins fired a stunning tally of 18 winners across five days at the concluding spring jumps festival and he feels his team are ready to fire.

“The horses seem to be in great form. All my jockeys are sound and well and riding well, so with a bit of rain forecast, what more could you ask for?” he said.

“Punchestown is a huge festival and especially over the last few years it’s gotten bigger and bigger.

“A lot of my horses have had light campaigns this year, so I will be keen to run them where I can.”

On day one, Supreme Novices’ Hurdle hero Klassical Dream bids for glory in the Herald Champion Novice Hurdle (16:20), the first Grade One at Punchestown.

Later on in the Champion Chase (17:30), last year’s winner Un De Sceaux is facing stablemates Great Field and Min, the latter on the back of an impressive Melling Chase win at Aintree.