Snooker: Selby up for UK Championship 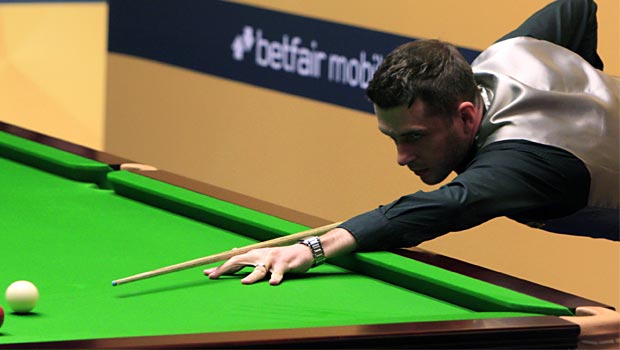 World number two Mark Selby feels he is approaching his best form heading into the UK Championship in York.

The defending champion has admitted he has not been firing on all cylinders this year although recently his game has started to improve.

The ‘Jester from Leicester’ won the Antwerp Open last week, beating Ronnie O’Sullivan in the final, while he also reached the semi-finals of the Champion of Champions.

However, it was O’Sullivan who took the spoils in the inaugural event after seeing off Stuart Bingham on Sunday so both cuemen head to the Barbican Centre with their hopes high.

Selby, 30, says he is now up for the challenge ahead and has revealed just how he managed to get past UK Championship favourite O’Sullivan in Antwerp.

He said: “I’ve been stuck in a bit of a slump, anyone can tell you that judging by my recent results. But winning the Antwerp Open and getting to the semi-finals of the Champion of Champions has definitely lifted my confidence.

“I’ve not been playing diabolical snooker this season, I’ve just not been winning. And the more you don’t win, the more it plays on your mind, certainly in my case anyway.

“And the results have picked up. I played well in my first two matches in Coventry, following on nicely from Antwerp where I also produced some good snooker, especially in the final against Ronnie O’Sullivan.

The winner in York will walk away with a £125,000 cheque for finishing ahead of the other 127 players.