Celtic: Lennon up for Milan battle 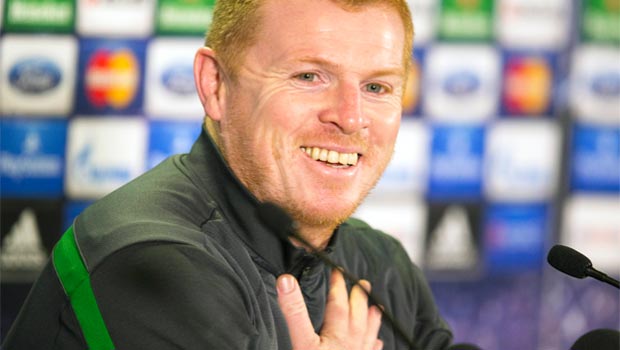 The Serie A giants head to Glasgow with all to play for as just two points separate Milan in second from the Group H basement club, while Ajax are in third place on four points after four games.

European powerhouse Barcelona are already through after securing 10 points so far in the group and the Catalans are joined by Manchester City, Bayern Munich and Atletico Madrid as confirmed second phase participants.

Neil Lennon’s Celtic will be eliminated with a defeat and a draw would not be enough should Ajax pull off a shock win over Barca, while Milan progress with victory if Ajax are beaten at home.

The Bhoys can only influence their own game and boss Lennon insists his players are more than up for the challenge as they look to repeat last season’s run to the round of 16.

He said: “It’s a great game for the players to be involved in. We’ve performed very well in the group, apart from the first half in Amsterdam, so I want that to continue. There’s a lot of motivation and incentive in that game.

“There’s a lot of emphasis on winning this game. My players know what’s at stake, they’re looking forward to it. I don’t think I’m feeling pressure at all. We don’t want any nerves or anxiety even though it’s a natural state to be in.

“There can be tension, nice tension, not an anxious one. We’ve got nothing to lose and everything to gain and that’s a great position to be in.”

Celtic could welcome back winger James Forrest and striker Anthony Stokes but Scott Brown and Nir Baton serve the last matches of their European suspensions.