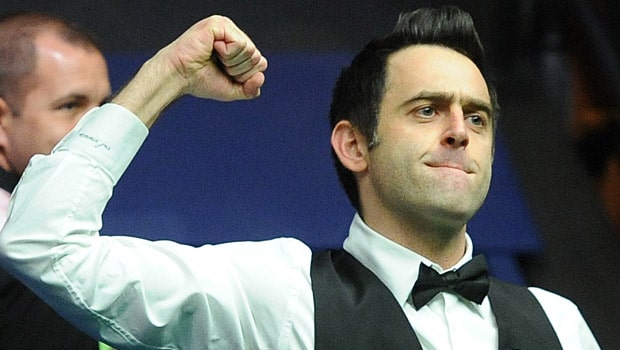 The coronavirus pandemic has adversely affected most things, sweeping through the corridors of our lives, disrupting our daily routines, and perhaps, a possible Judd Trump record. Before the pandemic struck hard and all sporting activities suspended, Juddernaut was well on course to break the Crucible Theatre. But now he’s got to sit by the sidelines or in front of his television set with his family watch Ronnie O’Sullivan pick the title instead.

The Rocket has now won his sixth World Championship title while simultaneously breaking the record for all-time ranking event victories. Most importantly, the legend did so in style, taking Kyren Wilson to the cleaners in an 18-8 win.

At the end of the first encounter, the scores were close, and anyone could realistically come out tops. It was a nervy encounter for both individuals, each vying for a chance to break records. On resumption of the second session, Ronnie started on the front foot and never looked back afterwards. The six-time World Championship winner shifted his gears and pummelled his accelerator racing to the finish line with no stopovers along the way.

O’Sullivan won seven frames on the trot to establish a nine-frame lead at 17-8 before clinching the final frame with an incredible break of 96.

He is now second only to Stephen Hendry on the World Championship winners all-time list, equaling the number of trophies won by Steve Davis and Ray Reardon. The win also represents the 44-year-old’s 37 ranking titles. Here, he tops Stephen Hendry, who recorded 36 ranking titles in his time.

Although the Rocket has seen a lot of successes in his career, equaling and smashing one record after the other, only a few people thought he still had what it took to clinch glory at the World Championship anymore.

Since the 44-year-old lost a huge lead to Mark Selby in the finals of the 2014 edition, he’s looked uninterested with the Championship and has fallen down the pecking order in the competition.

However, the veteran turned a corner this year and seemed a lot more focused this term. Some folks think that the lack of a crowd and limited media coverage for most parts of the event might have helped. No matter what he is, the legend will be relishing in the fact that he’s broken another record set by another legend Stephen Hendry.