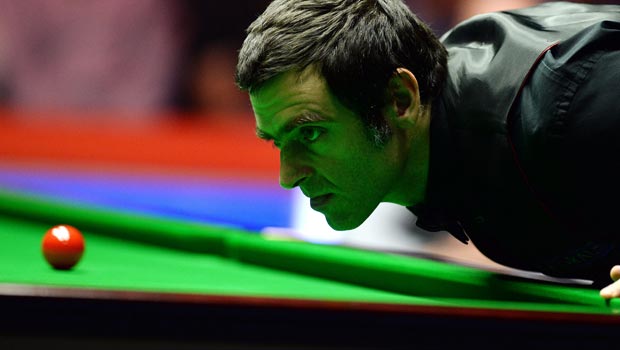 Ronnie O’Sullivan survived a huge semi-final scare against Stuart Bingham in their UK Championship semi-final, before admitting he is ‘greedy’ for more titles going into Sunday’s decider.

The Rocket has often been lambasted for his attitude to the game, but he was near-perfect in battling back from 4-1 and 5-4 behind to edge out Bingham 6-5.

The five-time world champion quipped afterwards ‘if it was a boxing match they would definitely have stopped it’ but takes his place against Judd Trump in the best-of-19 decider in York nonetheless.

O’Sullivan was breath-taking in Thursday’s last-16 victory over Matthew Selt, closing out a 6-0 whitewash with an imperious 147 maximum break.

His desire to win was clear against Bingham, however, and the signs are ominous for Trump in the final. O’Sullivan has never lost a UK Championship final, first winning the tournament as a 17-year-old in 1993.

He is looking to cap off a hugely successful 2014, in which he has landed titles at the Masters, Welsh Open and Champion of Champions, as well as finishing runner-up to Mark Selby at the World Championship.

He believes consistency will be paramount against his final opponent, with O’Sullivan 1.49 to defeat Trump (2.66) in the UK Championship Final.

“If I play like I did in the last three or four frames, I’ll be all right. But what we’re talking about here is consistency. Consistency is the key,” O’Sullivan said.

There is certainly no room to question his attitude as he continues the quest for snooker perfection.

O’Sullivan added: “I’m being ultra-critical here: I’m in the final of the UK Championship and I won the last tournament. But I’ve always been like that and it’s difficult to paint a rosy picture because I want more, I’m greedy.”