Practice paying off for Alan McManus 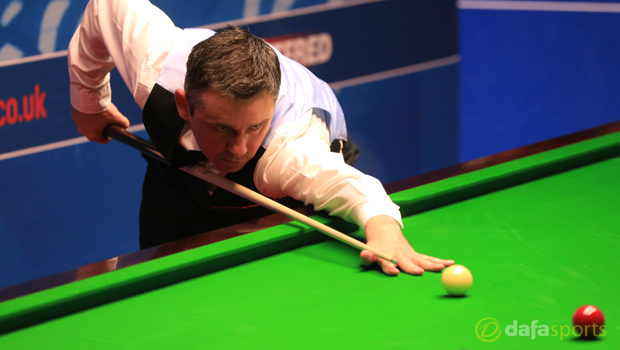 Alan McManus says the efforts on the practice table are finally starting to show after he advanced into the quarter-final stage of the World Championship.

McManus defeated fellow Scot Stephen Maguire 10-7 in the first round and followed up that victory with another brilliant performance against England’s Ali Carter, clinching a hard-fought 13-11 win.

The 45-year-old, who is the oldest player left in the tournament, made a crucial 119 break in the second round to reach the last-eight stage for the fifth time in his career.

His last appearance in the quarter-finals was back in 2014, where he was thrashed 13-5 by Mark Selby, who ended up champion that year.

The return to form of the Scottish star has been a welcome relief, with his best result in the ranking tournaments this term being a third-round exit at the Welsh Open.

McManus, who reached back-to-back World Championship semi-finals in 1992 and 1993, is happy to be back winning again and in contention for the grandest prize of all.

“I still practise a lot and work hard at the game. I enjoy it,” he said. “Sometimes I am out there looking around and think ‘I might not be here again – it is a special place to be’.”

McManus, who is a 51.00 shot to win a maiden world title, will now face Ricky Walden or compatriot John Higgins, a four-time champion, in the quarter-final.

Former winner Selby is also through to the last-eight after surviving a spirited comeback to beat Sam Baird 13-11, and is priced at 7.00 to triumph for a second time.