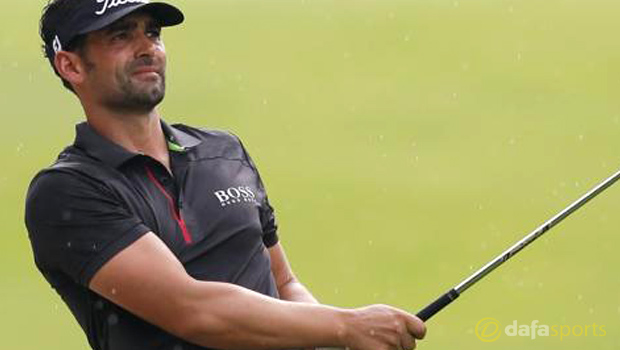 Lee Slattery says getting a lot of rest will be crucial as he aims to win the Shenzhen International, which has been forced into a fifth day after bad weather.

Severe storms at Genzon Golf Club have resulted in over nine hours of play being lost and the tournament will be completed on Monday, with a host of players in the mix.

Slattery is one of three players currently tied for first on -14, alongside South Korea’s Soomin Lee and highly-rated Frenchman Alexander Levy.

The Englishman, who won the second of his two European Tour titles at the M2M Russian Open last year, managed two birdies in 13 holes on Sunday before play was suspended.

He has only dropped three shots in 67 holes this tournament and a strong showing on Monday could result in a first victory in 2016.

The stop-start rounds have been difficult for some players to deal with and Slattery, who is world number 131, admits some recuperation is needed.

“It’s going to be an early night, try and get as much sleep as possible,” Slattery said. “Just try and feel as fit as I can tomorrow morning.”

Ryder Cup hopeful Levy will return to action with a birdie putt on the 12th green to take the outright lead and is priced at 2.50 to clinch a third win on the European circuit.

Australia’s Scott Hend has set the clubhouse target on -13 after carding a six-under-par 66 and is 81.00 to win the tournament.

Dutchman Joost Luiten, who has three holes left to play, and South African Brandon Stone, five away from finishing, are also one shot off the lead and are priced at 15.00 and 7.00 respectively.