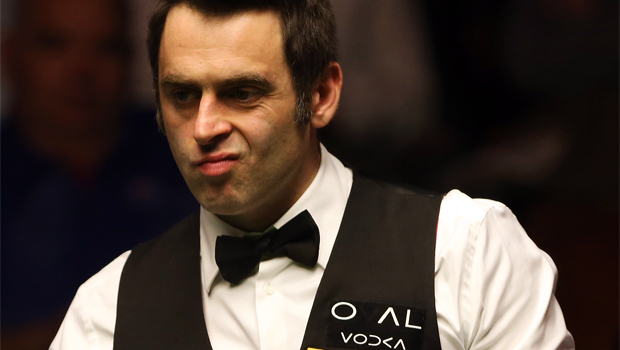 Ronnie O’Sullivan is aiming to end his snooker career with eight world championships and become the greatest player in the sport’s history.

The 37-year-old highlighted his class earlier this year when he picked up his fifth title at The Crucible in Sheffield despite the fact he had only played one competitive match in the ten months leading up to the tournament.

And as O’Sullivan accepts that he is ‘an old man’ in comparison to his rivals, he has revealed that it would be ‘a dream’ to match or even better Stephen Hendry’s seven world snooker victories before he decides to finally walk away from the sport.

‘The Rocket’ has spread his previous title successes out over the years in 2001, 2004, 2008 and 2012 before retaining the crown this year. Therefore it is likely that he will have to keep on top of his game in the next three years or face chasing his target into his 40s.

O’Sullivan said: “I’ve got five world titles. I was happy with four. I haven’t set myself a mental target. It’s something I would like to achieve, it would be a dream for me to get to seven, possibly eight.

“It is definitely one of the main motivations why I still keep playing. It does drive you on. If I get to six, I’d be with Steve Davis and if I get to seven I’m there with Stephen Hendry, the greatest to have played the game.

“When you’re 70 or 80 and they call you back to the Crucible as a seven-times world champion, seven sounds better than five. So there’s definitely an incentive to want to win more. But the competition’s tough, there’s some great players out there and everyone wants to be world champion.