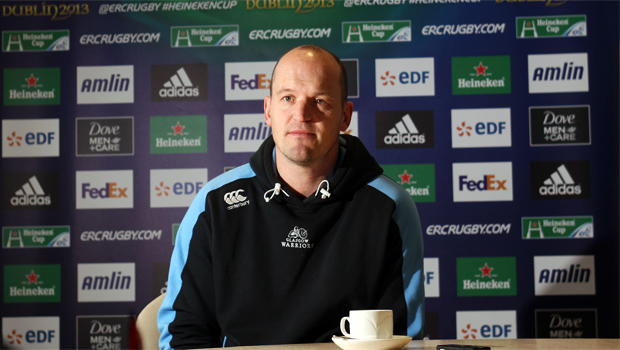 Glasgow coach Gregor Townsend claims it would be ‘a fantastic achievement’ if his side can upset the odds and defeat Heineken Cup holders Toulon in their opening game of this season’s campaign.

The side travel to the Stade Felix Mayol in France on the back of five consecutive victories and aiming to improve on their poor form in the competition, which resulted in them suffering five defeats in their six group games last term.

Townsend has been hit by the loss of Sean Lamont who pulled out on Friday after suffering a calf injury in training, while full-back Stuart Hogg was already sidelined for a month after undergoing wrist surgery.

Other key men missing are Peter Murchie, who dislocated his shoulder last month and is out for six months, Peter Horne, Ryan Wilson, Mike Cusack and Gabriel Ascarate, while flanker Rob Harley is being rested in line with the agreed player management protocol.

And with Toulon boasting a host of household names, including Jonny Wilkinson, fellow Englishman Delon Armitage, South Africa legend Bakkies Botha and All Blacks World Cup winner Ali Williams to name a few, Townsend knows the Warriors will have to pull out all the stops to win.

“It would be a fantastic achievement for the team [if we won],” Townsend said.

“We talked about beating a Leinster team that were unbeaten in 19 out of 20 and what a great result that was for the club. This would be even better.”

Even if Glasgow are defeated by Toulon, they will be hopeful of progressing to a knockout game for the first time since 1997-98 as the rest of Pool 2 is made up of Exeter and Cardiff, two sides they have already defeated this season.