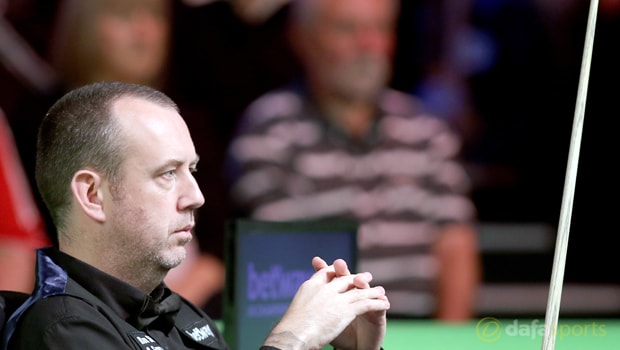 Mark Williams will be looking to throw his name into the main draw for the International Championship when taking on promising Boonyarit Keattikun in qualifying on Wednesday.

Williams started to go off the boil in the past couple of years and there were doubts whether he would be able to get back to the kind of form that helped him to two world titles in 2000 and 2003.

However, the 42-year-old appears to be getting back to his best and the early performances this season suggest a 19th ranking title could be just around the corner.

The Welshman reached the quarter-finals at both the China Championship and World Open while he was also knocked out at the last-four stage of the Riga Masters by compatriot Ryan Day.

The world number 18 is showing good form and he should have far too much for Keattikun in their International Championship qualifier in Preston on Wednesday.

This will be the first meeting between the pair and the ‘Welsh Potting Machine’ will be confident of confirming his appearance in the first round of the event, which will take in Daqing, China.

However, Keattikun will still pose a threat and he proved his quality, albeit two years ago, when winning the World Under-21 Snooker Championship, beating Wales’ Jamie Clarke in the final.

The 21-year-old Thai, who turned professional last year, is yet to make it past the last-64 stage of any tournament so far this season and he will need to improve considerably in order to overcome a two-time world champion.

Williams, who won the Six-red World Championship this year, is the firm 1.10 favourite to pick up the win whilst his opponent is an outside shot at 6.50.