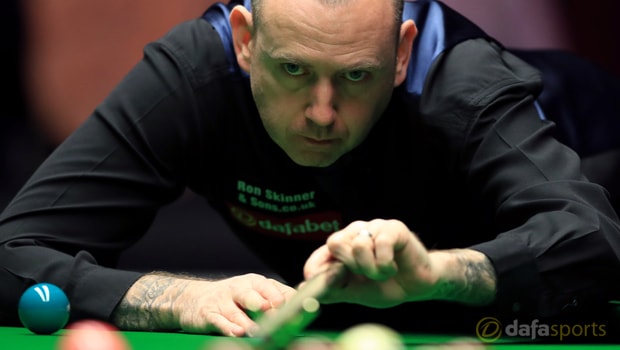 Mark Williams admits he considered retiring from snooker at the end of last season following a difficult couple of years in the sport.

The two-time world champion did reach the final of the China Open in April, but his defeat to Mark Selby meant he lost his place in the top 16 of the world rankings and therefore had to go through qualifying for the season-ending World Championships.

The 42-year-old was then beaten by Stuart Carrington in the final qualifying round for the Crucible and therefore missed out on a place at the tournament for only the second time in 20 years.

That failure was almost the final straw for the Welshman, who has now revealed he came close to retiring from snooker altogether.

“For the first time ever I really thought hard about retiring,” Williams told World Snooker.

“I spoke to my wife about it and realised that if I did retire I’ve no idea what I would do.

“For the last few years I have been playing awful, and the older you get the harder snooker gets.

“I know I reached the China Open final last, but I’ve only played two good matches in the last three or four years. I got bored of it, I wasn’t enjoying practice and I knew I couldn’t go on the same way.”

Williams was encouraged to continue playing by his coach Lee Walker and he has already shown an improvement this season, as he reached the semi-finals of last week’s Riga Masters, losing narrowly to eventual champion Ryan Day.

The current world number 15 will next be in action when he teams up with Day to represent Wales at next month’s World Cup and he will be hoping to continue his upsurge in form during that tournament in China.