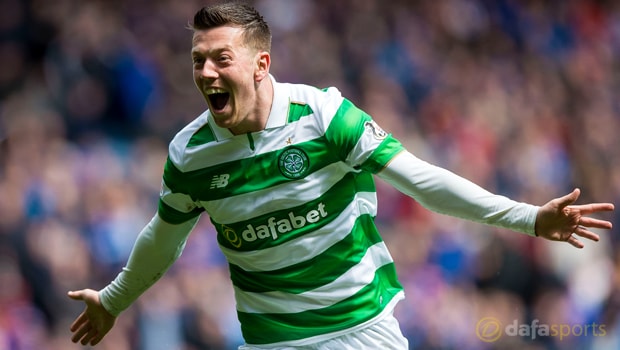 Celtic midfielder Callum McGregor is not underestimating the task at hand as his side bid to qualify for the Champions League group stages for a second successive season.

The Bhoys enjoyed a memorable 2016-17 campaign, going the entire domestic season unbeaten as they clinched the treble, while they also negotiated some tricky qualifying rounds as they advanced through to the group stages of Europe’s premier club competition.

Brendan Rodgers’ side had to see off the likes of Lincoln Red Imps, Astana and Hapoel Be’er Sheva during their European journey last season and they will one again have to negotiate three qualifying rounds this term.

A two-legged tie against either La Fiorita of San Marino or Northern Ireland’s Linfield will kick-off Celtic’s European campaign early next month and midfielder McGregor is not underestimating the task that awaits his side.

“The games are hard,” said McGregor. “Going into them you try and prepare as much as you can. But you are only five or six matches into your campaign so there is going to be that rustiness.

McGregor does believe Celtic are in better shape than they were during qualifying last season, as Rodgers, who only took over the reins at Parkhead last summer, has now fully put his stamp on the Hoops squad.

“Last year it was a bit of the unknown,” McGregor added. “You don’t know how you are going to play as a team and the manager knew he had to win the games and we did.

“This time round we will have a better idea of how to play, and maybe dominate, the games a bit more than we did last year.

That is the idea the manager has – that we can go to these places and not be scared to take the ball and pass it and play.”