Posted by Collins MIchael Nwokolo on May 4, 2021 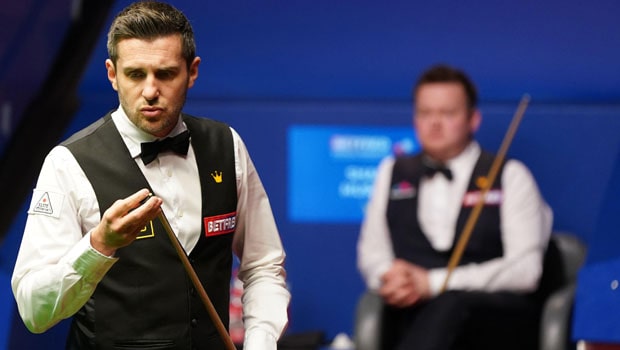 Mark Selby has won the 2021 World Snooker Championship after defeating Shaun Murphy 18-15 in the final at the Crucible Theatre on Monday.

Mark Selby has fought his way back to the top of world snooker by beating Shaun Murphy 18-15 to claim his fourth world title at a raucous Crucible.

Selby held off all chances of a fightback from Shaun Murphy in the final session to join John Higgins as a four-time world snooker champion.

The 37-year-old has not had it easy since winning his previous crown in 2017. Selby was eliminated in the first round as defending champion in 2018, and surrendering his status as world number one after he had gone over two and a half years without a British-based ranking title.

In the first session of the final on Sunday, Shaun Murphy led 5-3, but Selby fought back to lead 10-7 on Sunday evening. On Monday afternoon, Selby had led by a 14-11 advantage but was well aware of the danger posed by Shaun Murphy.

The evening session on Monday was very entertaining. Murphy started with a remarkable long red, only to then fluff the easiest of pinks to the middle, which enabled Selby to fire a 66 and move within three frames of victory at 15-11.

Selby killed all hopes that Murphy had in the next frame, as he delivered his second century of the final with a flawless 120.

However, Murphy didn’t lose hope and threatened to stage a comeback, as he delivered back-to-back century breaks of 100 and 103 to reduce the deficit to 17-15. Nonetheless, Selby win the next frame, and secured the title.

The Englishman has also gotten £500,000 in prize money, and moved back up to second in the world behind Judd Trump.