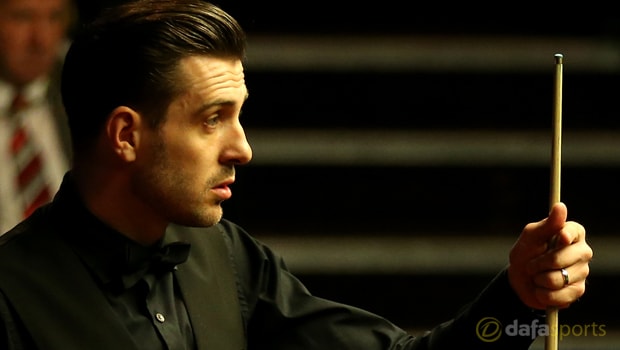 Mark Selby may be world number one but he will be put through his paces against Zhao Xintong in the first round of the European Masters in Lommel, Belgium, on Tuesday night.

Selby missed the start of the season with a broken toe and since returning to competitive action has struggled to replicate the kind of form that has been associated with him for so many years.

The three-time world champion, who successfully retained his title earlier this year, has been knocked out of the first round of the World Open whilst his best finish so far was a run to the quarter-finals of the Hong Kong Masters.

Surprise defeats to Michael White at the Paul Hunter Classic and Zhou Yuelong at the China Championship have raised doubts over the form of the ‘Jester from Leicester’ and he is under slight pressure ahead of Tuesday’s clash.

Selby is still one of the best players on tour and his 12 ranking tournament titles along with 477 century breaks highlight that fact.

His Chinese opponent, Xintong, who only turned professional in 2016, has picked up some notable results this term and had an impressive run to the fourth round of the Paul Hunter Classic.

The 20-year-old has also pushed John Higgins, Anthony McGill and Shaun Murphy close this campaign and the talented player has the ability to cause an upset.

However, Selby should have enough experience and quality to see him into the second round although everything suggests it will be a tight contest.

Selby is the firm 1.22 favourite to pick up the win whilst Xintong, who has never gone past the last-16 stage of a ranking tournament, is the 4.00 outsider.