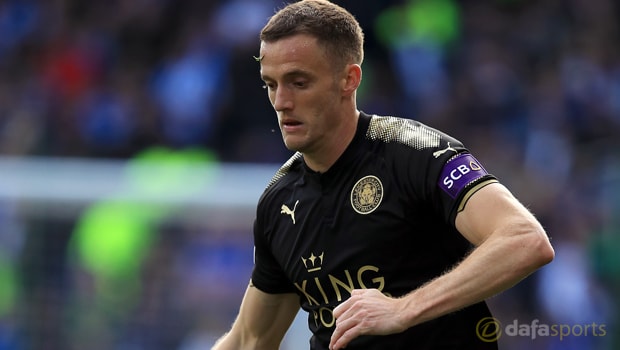 Andy King has revealed he wants to finish his career with Leicester City although he is unsure whether that will happen due to the number of players being bought in every transfer window.

Wales international King started his youth career at Chelsea, spending six years at Stamford Bridge from 1998-2004, before making the switch to Leicester in 2004.

The 28-year-old midfielder made his break into the Foxes’ first team in 2006 and he has never looked back, making over 320 league appearances and scoring 55 goals.

He currently stands as the only player to have won the League One, Championship and Premier League titles with the same club, and the Barnstaple-born star is hoping there is more to come before hanging up his boots.

King has made five league appearances this season despite the influx of new players this summer and says his dream would be to end his career as a one-club man.

“I would like to finish my career with City,” he said. “Situations change quickly in football in terms of managers, players and injuries. I want to be playing and I am not naive.

“This is the best league in the world and every season millions of pounds are spent to try to bring in the best players. I would like to stay here but whether that is possible or not we’ll see.”

Leicester have endured a tricky start to their campaign, winning just one out of seven matches, and they will be looking to get back to winning ways when they return to domestic action on October 16.

The Foxes take on West Brom at the King Power Stadium and the hosts are 1.95 favourites to win. The draw is priced at 3.40 while the Baggies are 4.00 outsiders.