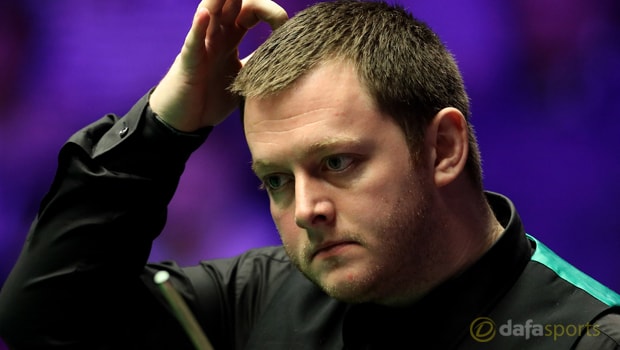 Mark Allen is in danger of missing out on an automatic place at this year’s World Championship after he lost 6-5 in the third round of the China Open to Mark Williams on Thursday.

The Northern Irishman knew that if he was able to beat two-time world champion Williams then he would secure his place in the top-16 of the world rankings and, with it, automatic qualification for the Crucible.

However, the Masters champion ultimately came up short in his quest, missing a decisive red during the final frame when it looked like he was going to cruise home to victory.

Williams capitalised on that mistake, compiling a break of 67 to book his place in the quarter-finals, with Allen now facing a nervous wait, as if either Tom Ford or Jack Lisowski go on to win the tournament, then they will jump into the top 16 of the rankings and take his automatic spot for the Crucible.

Losing a deciding frame is something that has become familiar to Allen this season and he admits his destiny is now out of his hands regarding automatically qualifying for the World Championship.

“I have lost what seems like ten deciders this season, and as soon as I missed I thought ‘here we go again, he’s going to clear up.’ And he did.

I am the one left sweating on the possibility of a surprise winner, so I’ll be checking the results,” Allen was quoted as saying on the World Snooker website.

“It was a strange match, there was some good stuff and some poor stuff when it got a bit scrappy. Most of the time I was just hanging in there.”

Allen has not failed to qualify for the World Championship since 2006 and he is priced at 29.00 to not only reach the Crucible but go on and win the tournament for the very first time.