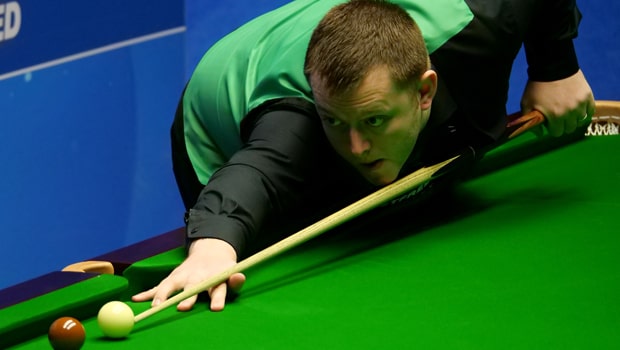 Northern Ireland’s Mark Allen moved a step closer to winning back-to-back titles on the professional tour after reaching the semi-finals of the Champion of Champions.

The 32-year-old showed he was back to his best last week after he beat Australia’s Neil Robertson in the final of the International Championship.

He seems to have carried that form into the Champion of Champions after beating Barry Hawkins 4-2 before overcoming Robertson for the second time in a week.

Next up is Kyren Wilson and Allen admits he fancies his chances this weekend.

He told World Snooker: “The first frame was scrappy, but after that I didn’t really put a foot wrong.

“I scored well, as I have been doing for a while now. I limited Neil to a few half chances.

I had more confidence than Neil going into the match having won the final last Sunday, but he has more than enough experience to know how to deal with that.

To beat a player of Neil’s class twice in a row, and the way I have done in, stands me in good stead.

“I’m not getting carried away as I’ve still got two very tough matches to get through if I’m going to win this tournament. But I quietly fancy my chances.

I always have good matches with Kyren.” Allen is the 1.61 favourite to win this weekend, while Wilson is a 2.25 outsider.