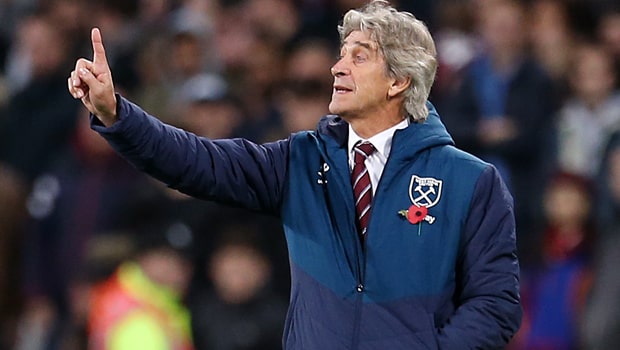 Manuel Pellegrini says West Ham will need to produce a “complete game” when they take on Huddersfield on Saturday.

The Hammers won 4-1 on their last visit to the John Smith’s Stadium and head into the match on the back of last Saturday’s 4-2 victory against Burnley.

Huddersfield have endured a tough start to the campaign but secured their first win of the season on Monday, edging out Fulham 1-0.

David Wagner’s side will have been buoyed by the result and the German will be aware of the importance of Town’s home form in their fight against the drop.

This fixture is part of a favourable run of games for West Ham, with Manchester City and Watford the only sides currently in the top 10 whom they are due to play before Arsenal on January 12.

The Chilean is refusing to discount the Terriers ahead of the game, adding that he is expecting to face the same tenacity that has been a hallmark of the Yorkshire side’s recent performances.

“It’s important because we need to recover points,” he said.

“We believe we can do it but they will fight for every ball. They just won their first game and only lost 1-0 to Liverpool. We must play a complete game if we want to get the win.

“We don’t have any problems. Everybody who was fit last weekend is fit again. Nobody had any problems in that game.

“We played a good game against Burnley. It was a good performance, we were calm and we won.”