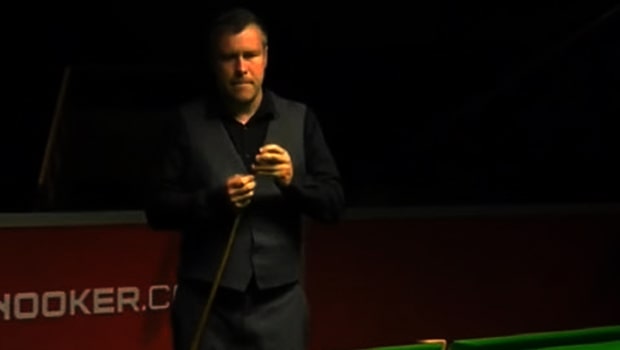 Part-time factory worker Luke Simmonds admits it will be quite something to stare down five-time world champion Ronnie O’Sullivan in their UK Championship clash next week.

Amateur cueman Simmonds has been drawn against the six-time UK Championship winner and will tackle his snooker idol for the first time at York’s Barbican Centre as the Rocket opens the defence of his crown.

Simmonds has never been ranked higher than 94th in the world but his efforts at Q-School last season earned him a spot in some of the games’ most prestigious events.

He could scarcely have hoped for a better UK Championship draw and the 38-year-old from the Isle of Wight is eagerly anticipating his match with O’Sullivan, although he admits his opponent is operating on a different level.

“It’s exciting to be drawn against Ronnie because I have never played him before and it will be my biggest match in terms of the profile of the occasion,” Simmonds said.

“I admire Ronnie because, along with John Higgins and Mark Williams, they are able to play snooker in an optimum state of mind.

They are totally at ease with themselves, enjoying the game with no concerns about prize money or expenses.”

Simmonds is hoping to hit the practice table in the days leading up to the match and, while quite self-critical, he knows that snooker can be a leveller despite the degrees of talent on show.

“Snooker is a unique game in that when you are at the table, if you can clear the balls then there’s nothing your opponent can do about it. And if you don’t give your opponent chances then he can’t score,” he added.