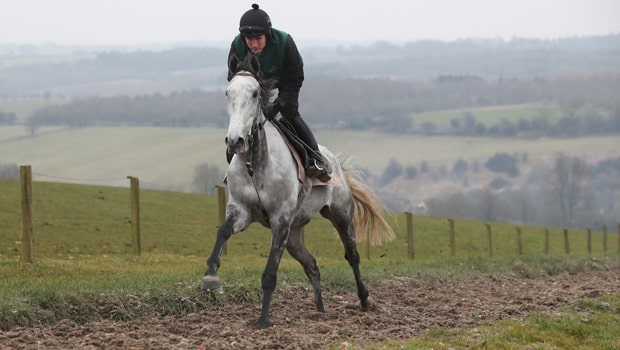 Nigel Twiston-Davies feels Bristol De Mai could be ‘as good as any’ of the rivals he faces in the defence of his Betfair Chase crown at Haydock on Saturday.

The seven-year-old grey will return to the scene of his standout career moment, having romped to a 57-length success in the Grade One staying chase last year.

Bristol De Mai is unbeaten in three starts over fences at Haydock, although all of those wins have come on soft or heavy going.

After an unseasonably dry autumn, conditions for this weekend seem set to be good to soft, good in places, which the trainer feels will be just fine for his charge.

Just five runners are confirmed for the Betfair Chase but it is a high-class field.

Cheltenham Gold Cup hero Native River will have his first start since the Cotswolds while Might Bite, second in the Blue Ribband, also lines up for champion trainer Nicky Henderson.

Twiston-Davies has warned that it would be folly to write off Bristol De Mai on account of the ground.

“As long as the ground is on the soft side of good I’d say he’d go. If he goes there and shows what he can do he’s as good as any of them,” he said.

“He’s run well on good ground before so as long as we’re happy we’ll go and find out – that’s what racing’s all about in the end, isn’t it?

“There are no other races for him to go for and I think he should be able to perform to his best on it, but we’ve got to go out there and see.”

Bristol De Mai is 8.00 to win the Betfair Chase at Haydock, with Might Bite 2.00 favourite and Gold Cup hero Native River next best at 3.50.