Posted by Vincent Henderson on November 24, 2018 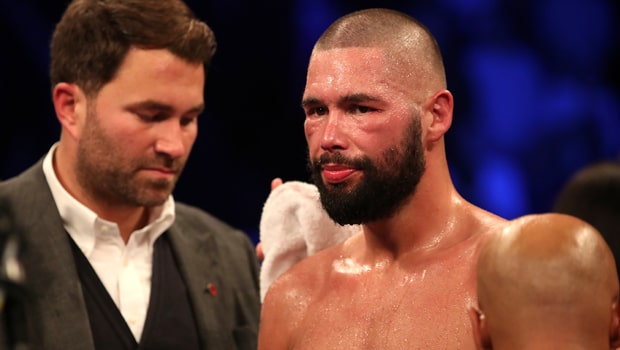 The 35-year-old confirmed his plans on social media and the announcement comes shortly after his defeat to Oleksandr Usyk in Manchester earlier this month.

He said then that his career was at an end and confirmed the news less than two weeks later, posting a video in which he said: “There will be no more fighting from me.

The only things you will see me doing from here on in is trying to act sensible and behave myself. I’ve had a fantastic career. I’ve realised my dreams.

“On May 29 2016, my wildest dreams came true. I became the WBC cruiserweight champion of the world at Goodison Park. The dream location, the dream title, the dream ending, a third-round knockout of Iunga Makabu.

“It’s been a story, it’s been a journey. A British, a commonwealth, a European title also secured along the way, and various journeys, stories, that I’ve got to go over over the years. So thank you for your support and guys I’m officially retired, goodbye.”

Bellew therefore calls time on a professional career in which he won 30 of his 34 fights, 20 by knockout.

Starting in 2007, he won his first 16 fights before suffering defeat, to fellow Englishman Nathan Cleverly in a bid to win the WBO world light-heavyweight title in 2011.

Bellew held the WBC cruiserweight title between 2016 and 2017 and his bout with Usyk was to be the undisputed world champion at that weight.

His two most recent fights prior to the meeting with Usyk were both against David Haye, with Bellew going up to heavyweight level and beating the former WBC world heavyweight champion twice – in March 2017 and in May this year.

Another British fighter Kell Brook is an action next month and he is 1.03 to beat Michael Zerafa who is 15.00. Later in the month Carl Frampton is 1.40 to beat Josh Warrington who is 3.10.