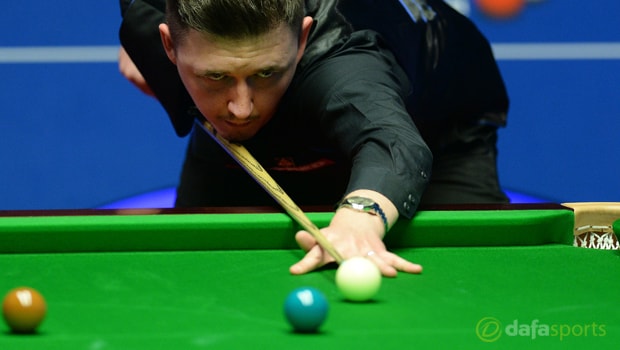 Kyren Wilson says having a strong mindset is absolutely massive in being successful in snooker and his only approach to a game is to come out victorious.

Wilson has endured quite a battle to get where he is in the sport today, having initially turned professional in 2010 before falling off the tour for the next couple of years after a poor run of results.

The Englishman made his return in 2013 before clinching his one and only victory at the 2015 Shanghai Masters – an event that used to be a ranking tournament.

He has now climbed to number 11 in the world, just 525 points behind Mark Allen in 10th, and the 25-year-old is regarded as one of the brightest talents in the sport.

Wilson, who will be representing Great Britain at the World Games in Poland later this month, is hoping to continue his impressive rise and he admits being mentally strong is something every player needs to be.

He said in an interview with Iain Fenton, a sports journalist in esports news and betting for EsportsOnly: “I think your mindset is huge in terms of dealing with being a professional but you have to put things in perspective, the standard is extremely high so you have to set realistic goals to begin with.

“Your mindset has to stay the same throughout the match and before the match to keep yourself focused and calm on the job at hand.

For me it’s all about winning so I try not to let a certain match or certain occasion change the way I approach it mentally.”

Wilson has made it to the quarter-final stage in the last two World Championships and he will be hoping to improve on that record when the 2018 editions gets underway at the Crucible.

He is currently priced at 34.00 to lift the title for the first time whilst defending champion Mark Selby is the 4.50 favourite, just ahead of Judd Trump at 7.00.