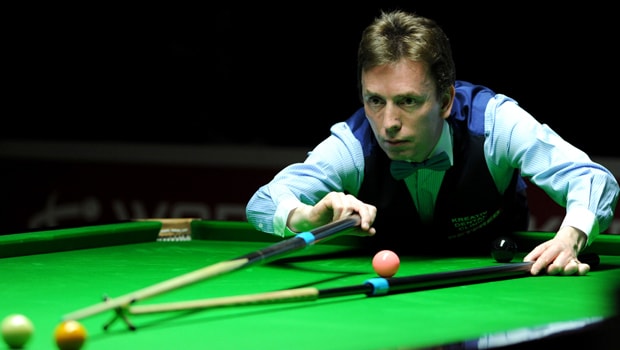 Former world champion Ken Doherty is one of the headline names participating in the final day of China Championship qualifying.

The Irishman, who claimed his most famous victory at the Crucible in 1997, will take on Tian Pengfei of China at Preston’s Guild Hall as he bids to secure his place in the main draw for next month’s tournament.

Doherty has not enjoyed the best of starts to the season and has yet to qualify for the main draw of a ranking event, losing out in the preliminary stage of both the World and Indian Opens.

The 48-year-old will fancy his chances of beating Pengfei, however, as he has also struggled in qualifying this season and is ranked 44 places below Doherty in the world rankings.

Doherty is not the only big name in China Championship qualifying action on Wednesday, as former World Championship finalists Ali Carter and Matthew Stevens are also set to feature.

World number 19 Carter has made an unspectacular start to the season, as he has been eliminated at the second-round stage of both the Riga Masters and World Open, but he did reach the semi-finals of the China Championship last year before losing to Shaun Murphy.

Carter will take on Hong Kong’s Andy Lee in qualifying and is priced at 1.05 to make it through to the main draw while his opponent is available at 7.50.

Welshman Stevens has slipped down to 53rd in the latest world rankings and he is another player that is yet to qualify for a ranking event this season.

The 40-year-old is due to take on one of the emerging talents of the game on Wednesday when he faces Zhao Xintong who has been a picture of consistency this season, making it through to the main draw of every ranking event he has entered.