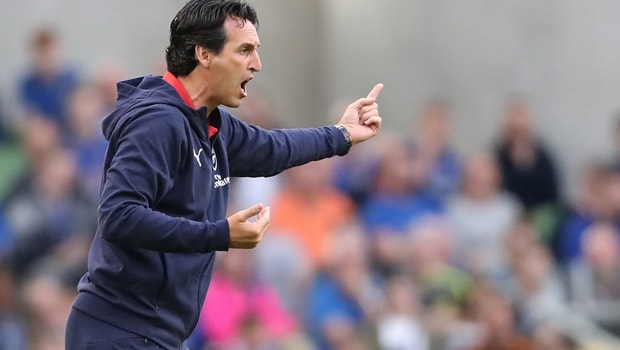 Henrikh Mkhitaryan is confident Unai Emery will be a success at Arsenal and believes the club is moving in the right direction despite their early-season struggles.

Former Paris Saint-Germain boss Emery was named as Arsene Wenger’s successor at the Emirates Stadium during the summer but things have not started smoothly for the 46-year-old, with the Gunners beginning their campaign with back-to-back defeats to Chelsea and Manchester City.

A tough early-season fixture list is perhaps the main reason for Arsenal’s struggles and they did show good character to come from two goals down against Chelsea before eventually being beaten 3-2.

Mkhitaryan has certainly been impressed by Emery’s work since his arrival in north London and is confident Arsenal are moving in the right direction.

“Emery kept the philosophy of Wenger but is building something new on it,” the Armenian told Sky Sports.

“He knows he can give something different to this club, like the balance between attack and defence. It’s not easy but I think he’s doing it in the right way.”

There has been come criticism of Arsenal’s early-season form, but Mkhitaryan is not listening to that and is confident the results will come sooner rather than later.

“Everyone has their own opinion,” he added. “We know very well what we are playing for and how we have to play.

“The only thing we have to do is to work hard, believe in ourselves and use the chances we create to score goals.”

Arsenal will be hoping to secure their first points of the new Premier League season when they play host to West Ham on Saturday and they are priced at 1.36 to win that match, while the Hammers are available at 7.50 and the draw is on offer at 5.25.