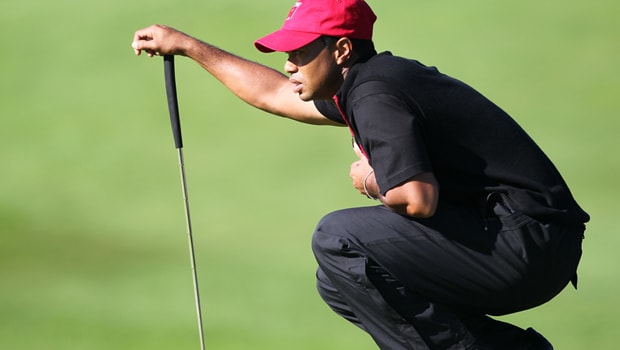 Tiger Woods is confident he will be named as one of Jim Furyk’s captain’s picks for next month’s Ryder Cup.

The 14-time major winner has enjoyed a successful return to the PGA Tour this season following an injury-laden spell and he only narrowly missed out on securing an automatic place on Furyk’s Ryder Cup team when finishing runner-up at the US PGA Championship earlier this month.

Woods has been selected as one of Furyk’s vice-captains for the event at Le Golf National but the 42-year-old has already confirmed he will step aside from that role included as a player.

“At the very beginning of the year, I told Jim I wanted to be a part of the team, not just as a vice-captain but as a player, and I’m very close to making that happen,” Woods told reporters.

The former world number one, who will be competing in the FedEx Cup play-offs for the first time in five years when he tees up at The Northern Trust this week, certainly feels his form is good enough to earn a captain’s pick for the Ryder Cup.

He added: “It’s been a long year and one of my goals was to make that team because to be part of that team, you’ve got to be one of the 12 best players and I’m kind of trending towards that.”

Woods has competed in the Ryder Cup on seven previous occasions as a player, most recently in 2012, although he will be chasing just his second triumph in the competition if selected as part of this year’s team.

The United States are priced at 1.85 to win the prestigious event, while Europe are available 2.10 and the tie is on offer at 11.00.