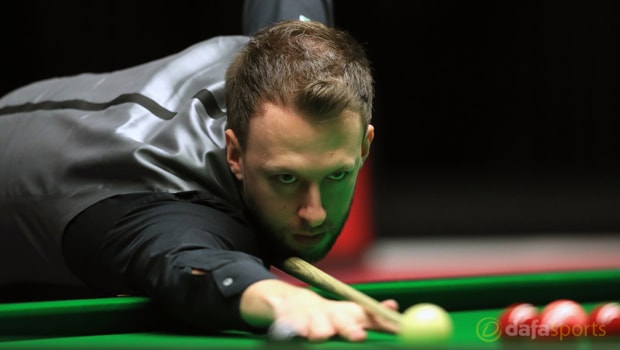 Judd Trump insists he is ready go ahead and win his first World Snooker Championship in Sheffield.

Trump, 27, believes he is edging towards the peak of his career and insists he is happy to accept the tag of favourite at the start of the biggest fortnight in the snooker calendar.

The Bristol potter is enjoying a fine season. He has already contested five ranking tournament finals this term, winning two at the English Open and Players Championship.

Trump reached the World Championship final in 2011, losing out 18-15 to John Higgins in a tense battle.

He is set to face qualifier Rory McLeod in his best-of-19 first round match on Tuesday and he believes he is now performing at a standard that can help him to claim his first title at the Crucible.

“I honestly believe I can play to a standard which is very rare nowadays,” he said.

“The public are seeing something from me which they have not seen before, and I think I can win it. It is about keeping your foot on the gas.”

The former says he is happy to accept the tag of favourite in the tournament if people want to view him that way.

“Being the favourite is a help,” he added.

“When people tip you, a lot put themselves under pressure but I use it as an advantage.

“I have been too inconsistent here in the past but I am at an age where there are no more excuses, I am getting towards the peak of my career and now is the time to really step up and win a lot of titles.”