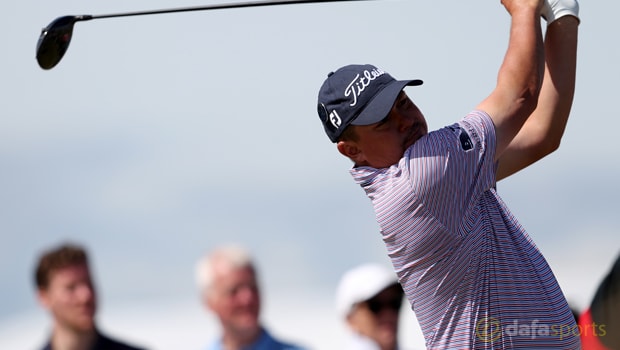 Jason Dufner believes an attitude similar to that which helped Sergio Garcia secure Masters glory last week will take him to victory in the RBC Heritage at Hilton Head.

The American has won four times on the PGA Tour, his career highlight to date coming when he landed a Major breakthrough to win the 2013 USPGA Championship.

Dufner is widely regarded as one of Tour’s more laid back characters but he has revealed that he’s trying to impose less pressure on himself at Hilton Head this week.

“I’m trying to play this week with low expectations. And have a trust and belief that my game is pretty good right now,” Dufner explained after taking the third round lead.

“I think expectations are one of the worst things you can have out here.

Dufner carded two eagles and five birdies amid a third-round tally of 65 to get to 13-under par and take a one-shot lead into the final round.

Canadian Graham DeLaet is second, one shot adrift, while Kevin Kisner and Webb Simpson (both -11) and Ian Poulter on ten-under par complete the top five.

According to Dufner, he’s attempting to mirror the sort of attitude that led Garcia to glory at Augusta National in the Spaniard’s 74th attempt at winning a Major.

“He kind of lowered his expectations, and got out of his way, so to speak, and let his talent and his game plan take it from there,” Dufner said.

“There are so many things that we try to control out here when we’re playing. And I think sometimes you want to let go of control a little bit more than you want to control.