Judd Trump has no margin for error 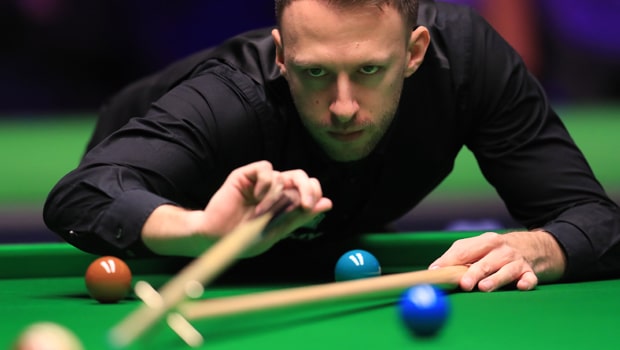 The world number five made the perfect start on Thursday when he whitewashed Kyren Wilson 3-0 but Trump would then go on to lose against Anthony Hamilton and Luca Brecel – collecting just a single frame in doing so.

Lisowski meanwhile has the inverse, picking up wins over Ricky Walden and Hamilton before losing 3-1 to Jimmy Robertson.

It ensures the close friends will lock horns in their Friday opener in Coventry for a potentially decisive tussle.

Lisowski has been in decent form already this week, having reached the deciding match in the opening group of the new campaign – only to bump into an in-form Neil Robertson and go down 3-0.

The Aussie compiled back-to-back centuries in his win over the world’s number 16. Each Championship League group features seven players with each man playing the other six once in a round-robin basis.

Every match is the best-of-five and the winner gains one point with the loser getting zero.

The top four advance into the knockouts – again first to three – with the group winner going forward to the Champions Group in March and the losing finalist, two losing semi-finalists and player finishing fifth resetting into the next group where they are joined by three new players and the process is repeated.

Breaks of 94 and 110 gave Trump an ideal start against Wilson on Thursday but he would make just one more half-century on the day.

‘The Juddernaut’ was off colour in his afternoon outing, scoring just a combined five points in the three frames he lost to Brecel.