Bhoys heads must be right 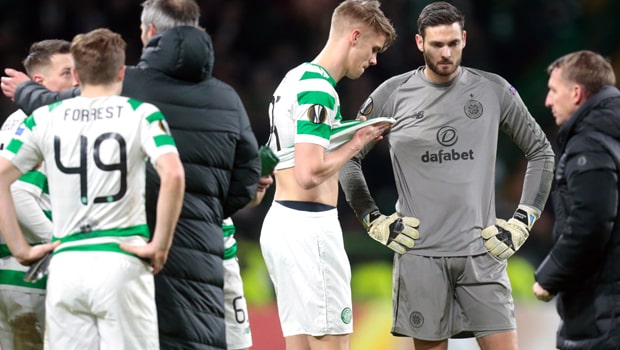 Former Celtic manager Davie Hay has backed the Hoops to win an eighth successive Scottish Premiership crown this season – but only if their mentality is correct.

Brendan Rodgers’ side are coming under sustained attacks from Rangers and Kilmarnock with half of the season gone.

They’ll be on Scottish Cup duty this weekend, at home to Airdrie, but Celtic enter the Premiership’s winter break level on points with Rangers, albeit having played a game less.

Steven Gerrard’s side earned a deserved 1-0 win last Saturday when the Glasgow pair met at Ibrox, the first Rangers league win over Celtic since 2012. According to Hay, Celtic’s form on their travels is the biggest reason for concern.

They have the squad to maintain their domestic stranglehold, but the mentality must be sharper.

“They haven’t been good enough away from Celtic Park this season, and while on paper Celtic clearly have the better players going in against anyone in Scotland, they have to make sure that their approach to every game, particularly away from home, is right,” Hay told the Evening Times.

“At times this season, that doesn’t look to have been the case, and that’s why they have struggled slightly.”

Despite winning just 13 of their 20 league games, Celtic have scored more and conceded less than any other team in the top flight.

They sit top and have that extra game over Rangers and Kilmarnock – just one point behind in third spot. Hay feels they’ll still be in pole position come May.

“The irony of course is that they are still sitting top of the league. It is a tighter race than it has been for many a year, and from a neutral point of view, that makes it more interesting. But I still think Celtic will win it,” he added.

Celtic are 1.20 to be champions of Scotland this season, with Rangers 4.50 after their win last weekend.