Judd Trump Eases Through To The Quarter Finals 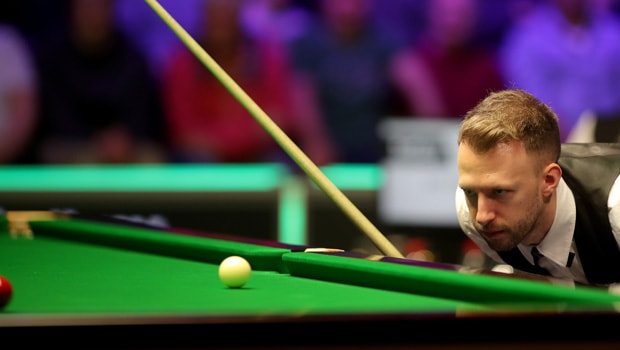 The world number one, Judd Trump has sealed his place in the last-eight of the UK championship after knocking out Ricky Walden in the last-16 stage. With two breaks of 50-plus, Juddernaut seemed set to book a place in the quarter finals against either Kyren Wilson or Graeme Dott.

For the most part, 6-3 is a comfortable win. Yet, it doesn’t reflect the true complexion of the game. The Northern Ireland Open Champion was in cruise control in the first four frames, establishing a 4-0 frame and diminishing Walden’s hopes of making it through to the next round.

With each passing frame, Walden seemed unlikely to cause an upset. But then came the fifth frame. Walden enforced his presence in the match from the fifth frame, winning back-to-back frames on the trot and threatening to topple Trump’s dominance.

Walden could have easily levelled matters going by that rate but experience and class helped Trump get the better of a scrappy ninth frame.

Trump didn’t exactly get the kind of opening frame he would have hoped for. He had to go extra after his opponent pulled off a number of impressive pots. It was in the second frame that the Northern Ireland Open winner began to hit his stride.

Two breaks of 85 and 65 in the third and fourth frames respectively made him likely to win by a whitewash or at the very least, an intimidating wide margin. But then Walden began to eat into his lead with consecutive frame wins, one of which involved a massive break of 70.

As Walden edged closer towards a leveller, threatening to cut the lead to a single frame, Trump struck once again. A 92-8 was enough for him to take the seventh frame before Walden got on the scoreboard again in the eight to make it 5-3.

The finale was like every finale should be. It was one characterized by tension, nerves and fidgeting. But Trump signed off pretty well, like the champion that he is. An outrageous long red into the bottom left pocket was more than enough to seal the deal.