Spurs To Be Without Skipper Kane For LASK Visit 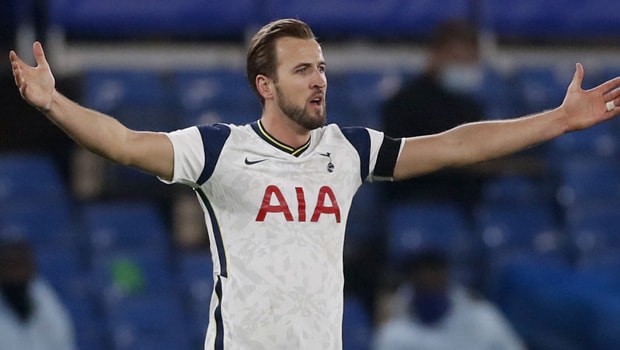 Tottenham Hotspur will be without striker and skipper Harry Kane for the trip to Austria against LASK on Thursday in the Europa League.

The nature of Kane’s injury wasn’t revealed by the manager Jose Mourinho, but he stated that there is a chance for the 27-year-old to face Arsenal in the North London Derby on Sunday in the Premier League.

Tottenham may also be without forward Carlos Vinicius, midfielder Erik Lamela and left-back Sergio Reguilon as their fitness for Thursday’s game are doubted.

Spurs are level on points with Belgian side Antwerp on the Group, but they trail in Group J due to inferior goal difference, but a draw in Austria will seal qualification.

With the North London Derby just around the corner after the Europa League matches on Thursday, Mourinho has revealed that he will still field a strong side against LASK.

Meanwhile, Chelsea secured a 4-0 win against Sevilla in Spain, with French Striker Olivier Giroud scoring all four for Frank Lampard’s side.

Chelsea now sits above Sevilla in their Group with 3 points more than the Spaniards.

Marquinhos restored the French side’s lead in the second half after Marcus Rashford had equalized for the home side in the 34th minute.

United ended the game with ten men after Fred was shown a second yellow in the second half.