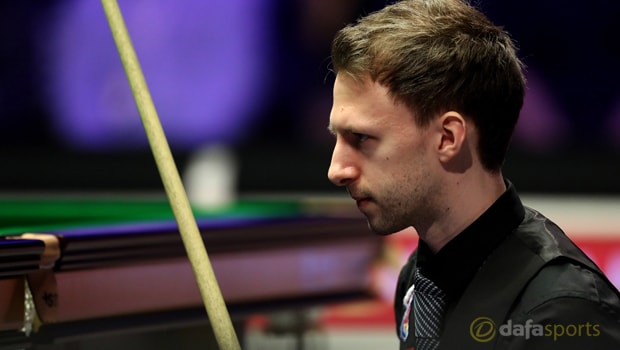 Judd Trump admits he needs to rediscover his confidence after his shock exit from the Welsh Open.

The ‘Juddernaut’ finished as runner-up to Stuart Bingham in last year’s final in Cardiff but looked out of sorts at times in his opening 4-3 win against Duane Jones.

His mixed play continued on Wednesday and he was punished as Thailand’s Noppon Saengkham cruised to a 4-1 win.

The world number 58 had the upper hand throughout and will now go on to face Craig Steadman.

Trump has enjoyed a decent season to date, winning the European Masters, as well as reaching the final in Shanghai and the last four in a quartet of other tournaments.

With the Crucible less than two months away, the 28-year-old now needs to rediscover his form in the upcoming tournaments.

Most worryingly for the Bristolian, he himself has admitted to a lack of confidence, something he concedes deeply hampered him against Saengkham.

He told worldsnooker.com: “I got what I deserved, I played terrible in both of my games here (in round one he beat Duane Jones 4-3).

“This is one of the tournaments I wanted to do well at, so it’s disappointing to lose. I tried until the end today but the confidence just wasn’t there.”

Trump is currently 7.50 to win the World Championships but the 2011 finalist has a point to prove having fallen at the first hurdle last year.