Posted by Vincent Henderson on March 1, 2018 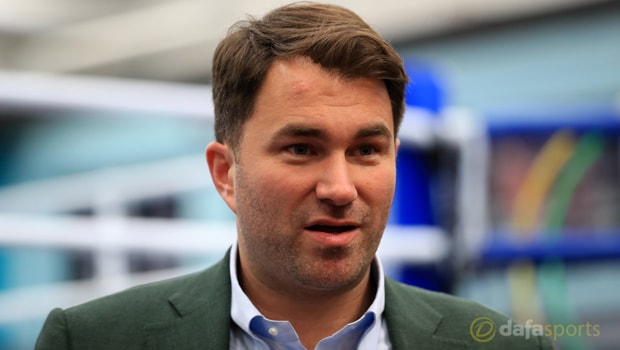 Deontay Wilder says Anthony Joshua needs to start making his own decisions, rather than being a “cash cow” for promotor Eddie Hearn.

The American IBF and WBA heavyweight champion is seen as Joshua’s greatest rival among the current crop of heavyweight fighters, with doubts remaining over former champion Tyson Fury’s future in the sport.

A massive unification bout has been mooted but it appears AJ’s camp have other plans, with WBO holder Joseph Parker next on the agenda later this month.

Much has been made of the careful way in which Hearn has picked Joshua’s fights on the way to the top, with some pundits even suggesting the promoter has been too deliberate.

Wilder feels this is because the camp is more concerned with making money than winning belts and believes Joshua is being held back by those around him.

The 32-year-old has now told his rival to buck up his ideas, insisting that AJ and his camp must accept the fact that sooner or later they are going to have to stop avoiding him.

“We’re ready on this side of the pond,” said Wilder.

“I don’t believe Hearn wants this fight at all. Joshua is like a cow, Eddie Hearn is milking him for every dollar.

“Hearn knows I’m a dangerous factor to his operation. There have been no negotiations at all, no deal has been offered. But the world wants to see me and Joshua get in the ring.”