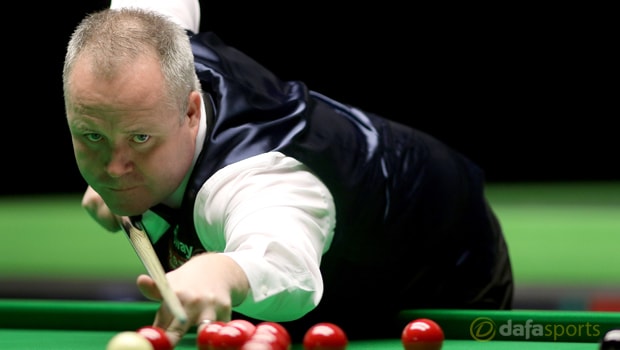 John Higgins has made it through to the quarter-finals of the Romanian Snooker Masters after beating Anthony McGill 4-2 in the last 16 on Thursday.

The four-time world champion is enjoying another impressive season on the tour, as he has reached at least the semi-finals of five different events, a run of form that includes overall tournament successes at the Indian and Welsh Opens.

Indeed, the 42-year-old’s victory in India came about after he beat fellow Scot McGill in the final and he has now got one over his compatriot once again this week.

The match was certainly a high-quality affair, as the two players mustered a combined total of five half-century breaks, but it was Higgins who held his nerve by winning the final two frames to progress through to the quarter-finals at Bucharest Metropolitan Circus.

Higgins’ reward for reaching the last eight is a showdown with Welshman Ryan Day, who also recorded a 4-2 success in his last 16 match against Barry Hawkins.

Day, who beat Cao Yupeng in the final of last week’s Gibralter Open to claim the second ranking event title of his career, continued his fine form against Hawkins, battling back from 2-1 down to secure his place in the quarter-finals, although he only made one half-century break during the contest.

Higgins and Day are certainly no strangers to facing each other, as Friday’s clash in Bucharest will be their 23rd meeting, with Higgins having won 15 of the 22 previous clashes, including their most recent showdown at The Masters in January.

The Scot is priced at 1.40 to claim another victory during Friday’s quarter-final, while Day is available at 2.80.