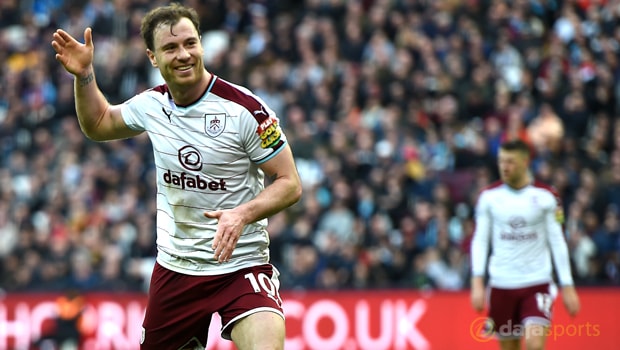 Ashley Barnes has committed his future to Burnley after signing a new contract that will keep him at the club until the summer of 2021.

The 28-year-old forward is an integral part of the Clarets squad that is currently riding high in seventh in the Premier League this season, as he has netted six goals from just 14 top flight starts to date.

The former Brighton player has particularly impressed over recent weeks, as he has scored three goals in as many games against Southampton, Everton and West Ham.

Indeed, Barnes’ form has now come to the attention of the Austrian national side, as he is eligible to represent that country through his grandmother.

It remains to be seen whether Barnes will receive international recognition with Austria, but one thing that is for sure is his club future after he became the fifth Burnley player to sign a new contract at Turf Moor since the start of the season.

Barnes insists it was an easy decision to extend his stay with the club, as he believes he is playing some of his best football under Clarets boss Sean Dyche and he wants to remain part of what is an exciting project at Burnley.

“I think I am playing some of my best football, but I’ve still got a lot to come,” he said.

“I’m still learning. I learn every day on the training ground. I knuckle down and try to do the right things and keep taking on information from the staff and it’s paying off.

“The club is only going in one direction and that’s up and I’m privileged to be part of it.”

Burnley are next in action when they visit bottom club West Brom on March 31.