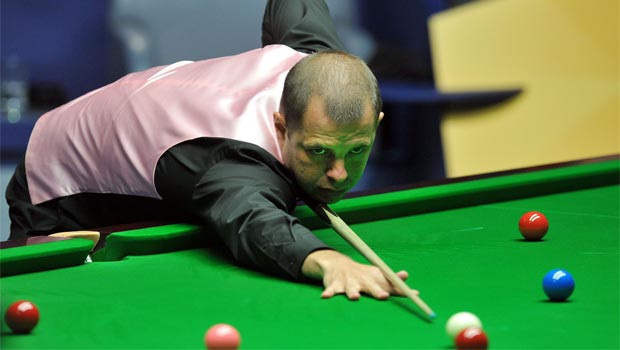 Barry Hawkins says he hopes a good run at the UK Championship will help to get his career back on track having struggled since last season’s World Championships.

The world number eight was something of a surprise package at the Crucible earlier this year, despite having won his first ranking title in Australia earlier in the campaign.

The 34-year-old disposed of world number Mark Selby, Ding Junhui and Ricky Walden on his way to the final where he came up against pre-tournament favourite Ronnie O’Sullivan.

Despite a gallant display against the ‘Rocket’, Hawkins eventually lost 18-12, a defeat which the man from Kent says he has struggled to recover from.

‘The Hawk’ reached the semi-finals of the first European Tour event of the year in Bulgaria but has floundered since then, claiming he has lacked motivation in the majority of his tournaments.

Hawkins is now looking to fire himself up for the UK Championship and made the perfect start with 6-0 win over Switzerland’s Alexander Ursenbacher in the first round on Thursday.

Hawkins hopes that if he can progress through the early rounds in York he will begin to rediscover his passion for the game once more.

“I have not had a great season. I haven’t really done as well as I would have liked, so I have put some more hours in and hopefully things will kick-start from here,” he said.

“If you get through the first few rounds you warm up. You are playing all the time and your confidence gets gradually higher.

“If I can get through the first two or three rounds, then once you are in the thick of it anything can happen and you can hit a bit of form.”